Yoga and the mysteries of Death 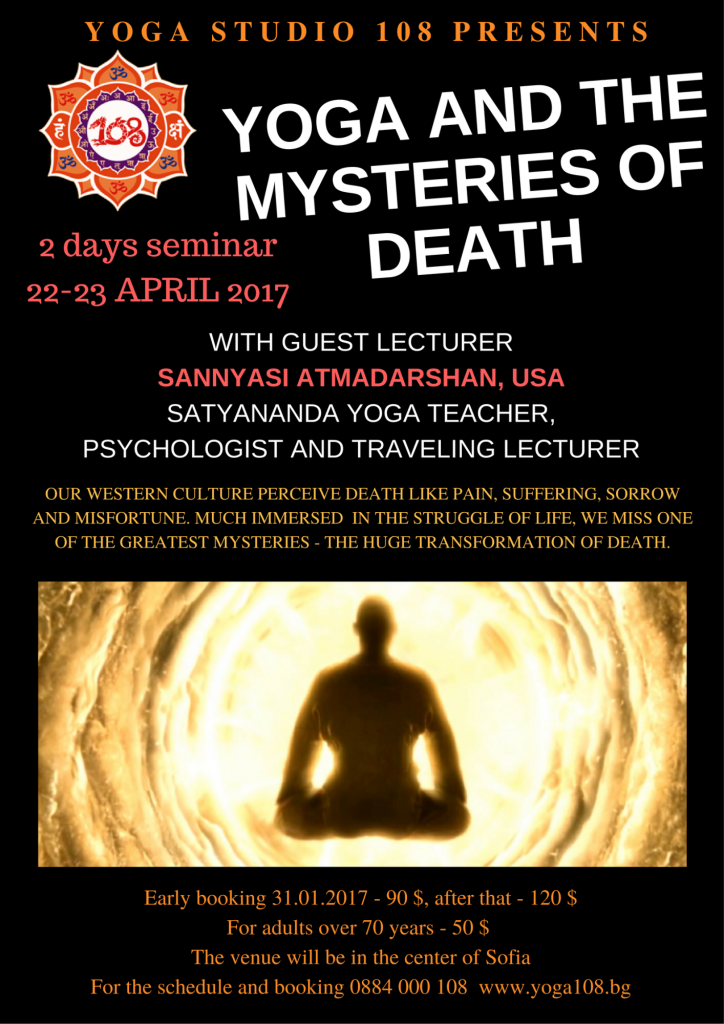 Our culture perceives death as pain, suffering, misery and sorrow. Much immersed in the struggle with life, we miss one of the greatest mysteries , the huge transformation of death. In different cultural traditions throughout the world we can distinguish two main lines – the Western world and the Eastern world. As representatives of the Western world in our cultural heritage, we do not understand and fear of death. For us, death is shrouded with fear and deception. Many scientists exploring the human psyche as C.G. Jung, Nietzsche, Erich Fromm, and scientists exploring the world and the wonders of the universe, mysterious figures themselves, like Tesla, Einstein, Stephen Hawkins – all draw knowledge and inspiration from the eastern ancient texts and doctrines like Upanishads, Sutras, Shastras, Vedas, Tantra – and all this is YOGA. And in Eastern philosophy Death is not considered final end and is accepted as a process of transformation.

Yoga studio 108 invites you to a seminar

“Yoga and the Mysteries of Death” 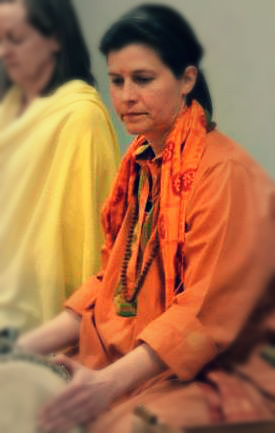 With an exclusive guest speaker arriving from America, teacher and psychologist Laura Santoro. She has worked at the University Hospital Cleveland, Department of Biological Psychiatry. Conducting a research on bipolar disorder and other mental health problems. She discover the Mysteries of Yoga in India after initiation into sannyasa by spiritual teacher, Swami Niranjanananda Saraswati – Satyananda Yoga, accepts her spiritual name Atmadarshan („The vision of the Self“). She returned from India and became a teacher at the Satyananda Yoga Academy in USA and assistant director at Atma Center, Cleveland. Along with Yoga Acharya Swami Atmarupa she trains, supervise and promote the path of Yoga to hundreds of teachers, students and followers of yoga. Sannyasi Atmadarshan is a storyteller of old mythology with a lot of experience, understanding and wisdom. Specialized in Yoga Psychology, she conducts courses, seminars and workshops on various topics like: „Yoga and psychology“, „Yoga and depression,“ commentaries on Bhagavad Gita and Mahabharata „Yoga Nidra“ and „Yoga and Death.“

The topics, which will be discussed in the seminar:

What is death? What happens to us after we die?

The Yoga philosophy gives us answers to these eternal questions, and gives us the means to deal with this powerful transformation. This seminar will deal with the answers that come from ancient Vedic texts.

1. The universal question of death and Yoga philosophy

3. Ways of dealing with death

4. What happens to us when we die?

5. To become a friend with death

6. Death and the big question – whether we exist after death

11. Other sources of death

* For booking  you need to pay the full amount. In case of refusal from participation until one month before the event returned 50% of the amount.

In case of refusal from participation until 14 days before the event returned 30% of the amount. Then the amount is non-refundable.

Yoga Studio 108 reserves the right to change the program.

The location will be in the city center.